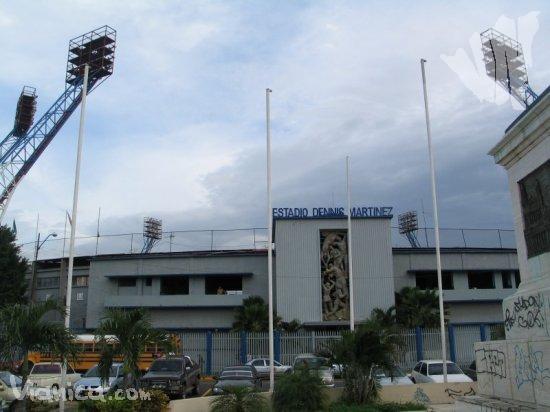 The national stadium is the biggest stadium in Nicaragua with a capacity of 40,000 people. The stadium was built in 1948, and it survived the earthquake of 1972. From a distance you can recognize the light posts of this building, which is located close to Lake Managua in front of the ministry of transportation.

The most popular sport in Nicaragua is baseball, and this is the sport most often played in the stadium. Nicaragua’s national team, which belongs to the top baseball teams in the world, plays its international matches here in the national stadium. Regional baseball games are also played here, and the fields also functions as a soccer field for the first, second, and third division teams from Managua.

There are also concerts given in the stadium, and it is also used for religious events. During the patron’s days of Managua (in August) rallies are held here. There is a gym located inside the building as well. A hall of fame right after the entrance shows medals, cups, photos, and memories of Nicaraguan players. Whenever there is a match, this hall is open.

There are around five baseball matches every week, with teams from several levels playing. Enjoy such a spectacle when you have the chance! Tickets range in price from C$5 to C$20, depending on the seat (approx. $0.30 to $1.20). Generally, the baseball matches start in the evening (around 6 PM) during weekdays, at 2 PM on Saturday and at 11 AM on Sunday.

Tickets can be bought at the entrance before the match. Be present around 30 minutes before the game starts, and you should be fine (more if it is an important game).

This is a reference site of the city. It is located in the old historical center of Managua.