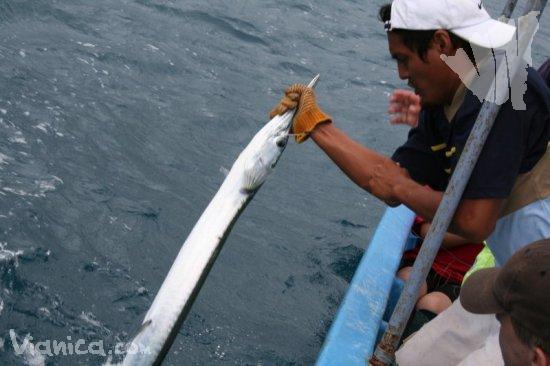 The boats range from simple pangas that are mainly used by local fisherman to center consoles like a 23-foot Sea Craft or a 28-foot Pursuit with twin engines, and there are even larger boats. Most of the boats are equipped with excellent fishing tackle, which consist of Penn and Shimano. Fishing can be done during half and full-day trips. Prices depend greatly on the size of the boat and whether the fishing will be done inshore or offshore. A panga can cost between US$150-200, and for a half day on the 23-foot Sea Craft the price will be around US$400. Natural bait such as ballyhoo and mullet are now being used widely in the trolling spread.

The fishing out of San Juan del Sur is best during the raining season (usually from May through October/November). The fishing in March can be good if the winds die down, which causes the water temperature to rise, moving the fish back into the area. And during the raining season, floating logs and other debris that get washed out of the rivers hold dorado and sometimes even wahoo, sailfish, and yellowfin tuna. Sometimes inshore huge schools of bonitos and jacks that will bite on anything can be encountered.

On the Pacific Ocean, it is also possible to see manta rays jumping wildly out of the water, big schools of dolphins that can swim up right along side the boat while on the way to the fishing grounds, Olive Ridley and Leatherback turtles, as well as awesome Humpback whales. The humpbacks can usually be spotted migrating during the months of April and September.