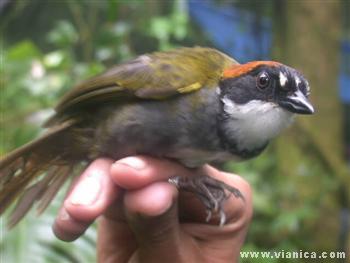 Though often fairly numerous (as attested to by mist-netting), this shy and inconspicuous species is not seen very frequently. Usually found on the ground, singly or in pairs, inside forest. Flicks leaves aside with its bill, not scratching with its feet. Often best located through its distinctive, very high-pitched vocalizations; the song consists of several thin squeaky notes.