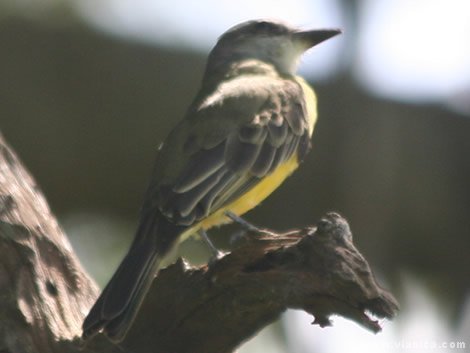 An abundant and widespread bird, most common in open and semiopen country, but also in residential areas, roadsides, and clearings in generally forested areas; occurs virtually wherever there is adequate habitat.

A very conspicuous bird, often sitting on wires and other exposed perches. Like the other kingbirds, a typical sallying flycatcher, sometimes following an insect in almost shallow-like pursuit. Its dawn song, a couple of short pip notes followed by a rising twitter, piririree, is often the first bird sounds heard in the morning, frequently being given well before first light. Also gives a feet-feet-feet.