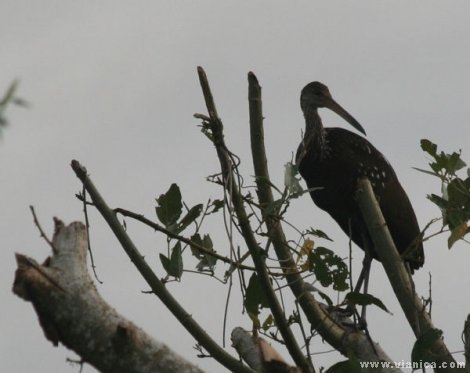 Rare to uncommon and local in freshwater swamps and tree-bordered marshes, and along rivers in lowlands.

Often perches in bushes and low trees. Rather noisy, with a variety of loud wailing calls, carr-rr-rao, car-rr-rao (Wetmore). Their flight is jerky and awkward and usually not long sustained, with outstretched neck and dangling legs.