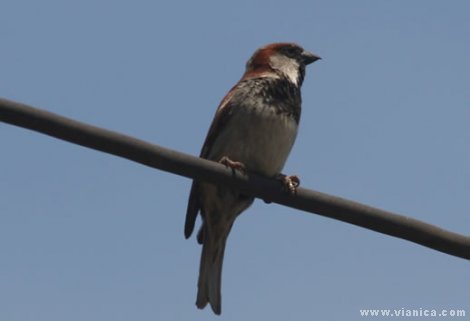 Over the past few decades the House Sparrow has spread rapidly through much of Middle and South America, and it no longer appears that it is incapable of persisting in humid tropical climates (as had previously been thought). In the tropics, however, House Sparrows so far seem confined to towns and cities, and they are not establishing themselves in agricultural areas.

A familiar and often agressive little bird usually found in small flocks. Its spread has often had a decidedly negative impact on populations of certain native small birds (especially hole-nesters and, in South America, the Rufous-collared Sparrow).