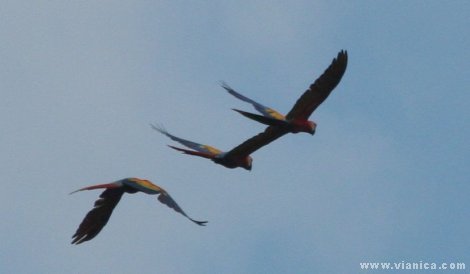 In behaviour the Scarlet Macaw resembles the other large macaws, though during the nonbreeding season it somethimes gathers in large flocks than the others (with the occasional exception of the Blue-and-yellow). Despite their gaudy coloration, Scarlet Macaws are often remarkably difficult to see when perched in a leafy tree.