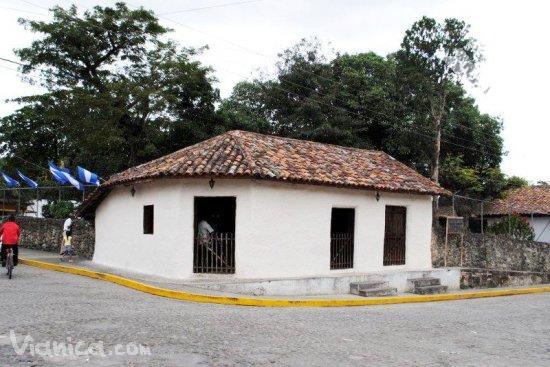 It was on January 18, 1867 that the pregnant Rosa Sarmiento stayed with her sister in the small village of Metapa, where she gave birth to somebody who would later be the most famous poet of Nicaragua: Rubén Darío. Although it was just coincidence that this birth took place here and although the poet actually grew up in León, his birth nevertheless left a big impression on the people from the small village. Four years after the death of the poet, they renamed it to Ciudad Darío, and in 1943 the government declared the house where he was born a historical site and national museum.

In 1999 the house was repaired and prepared to function as a real museum. Nowadays a visit to Rubén Darío's natal house is a great way to get to know more about this very famous and still beloved poet.

The original style of the house has been preserved, and the original adobe walls are still standing. The house has been decorated with objects from the 19th century, in order to give visitors an impression of life during these days. In different rooms there are photos, paintings, and objects from Rubén Darío's family together with information that tell about his life.

There is also a small amphitheater that was built 100 years after his death. Here, people from Ciudad Darío commemorate the poet every year on his birthday by performing cultural acts like reading poems, performing dances, etcetera. Finally, books with poems of Rubén Darío are also for sale.

The house is located in front of Enitel.