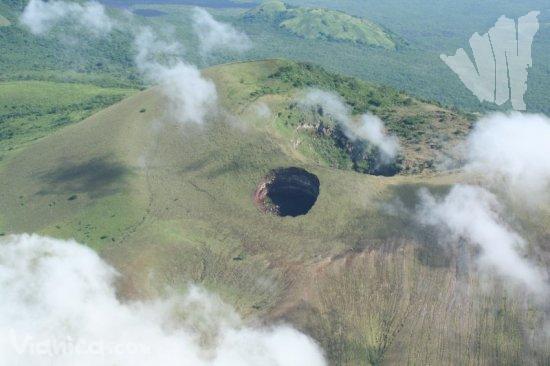 Other volcanic structures include the Las Pilas volcano, another stratovolcano just like El Hoyo, and two maars called Laguna Asososca and Malpaisillo. Maars are flat craters formed after a violent eruption. Water often collects in these craters, forming a crater lake. The Asososca Lagoon is completely filled with water, and part of the Malpaisillo maar is also filled with water.