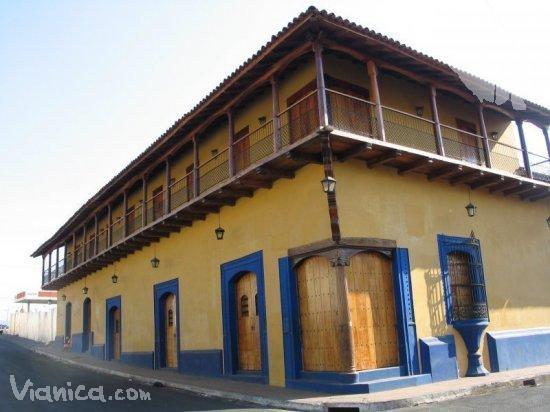 Casa Salud DeBayle is a beautiful, huge, colonial house that has recently been restored and is open to nationals and foreigners. The building used to be the house and clinic of the first doctor in Central America, Luis H. DeBayle. Dr. DeBayle gave free medical attention to poor people in the region. Nowadays, the building also functions as an extension of a university in León (Universidad Nacional Autónoma de Nicaragua-UNAN).

This building was constructed in 1814 to be used as a private bank. The building is located in a neighborhood called "El Sagrario", which was originally an important area of León due to its proximity to the central market.

After being used as a bank, doctor Luis H. Debayle opened the first private clinic of Central America, and gave free medical attention to the poor. In 1979 the building provided quarters for the military. A couple years later, the building was being used for cultural activities.

The building has a series of architectonic characteristics that are typical for León's colonial style. It is a unique two-story building with a balcony, an inner courtyard, and many pillars.

The house has a museum with pre-Columbian art. Here you can see pieces found in Nicaragua that are as old as 500 years before Christ, approximately. In addition to this small museum, there is a showroom for paintings and two other salons used (by the UNAN or rented) exclusively for cultural activities. Furthermore, they give Spanish classes of 2 or 3 weeks duration.

The building’s restoration started in October 2001 and ended October 2003 by Escuela Taller de León. The entrance is totally free!

The establishment is located a block South from Leon’s monumental cathedral back.