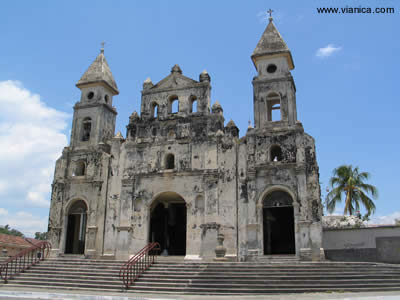 The Guadalupe church is located in the eastern part of Granada, at the street La Calzada. It was constructed in 1626 by Fray Benito Baltodano as a cloister. In 1856 it was used by William Walker for 18 days as his last bastion. This caused damages to the church, which have later been repaired. Reconstruction took place until 1965.