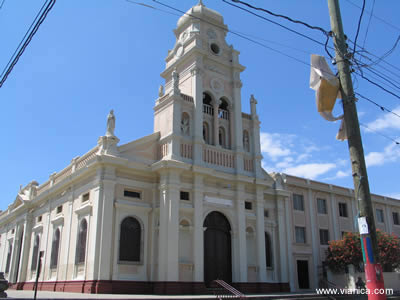 The name of this church is taken from the indigenous settlers of the area where it is located. The building is situated in the western part of the city, at the Calle Real street. The church was built during colonial times and due to its location it was used as a militar fortress. The facade and the interior were rebuilt after the church was destroyed during the national war. In 1890, the church was severely damaged by earthquakes, and once again rebuilt between 1895 and 1898. The final reconstruction work ended in 1921.