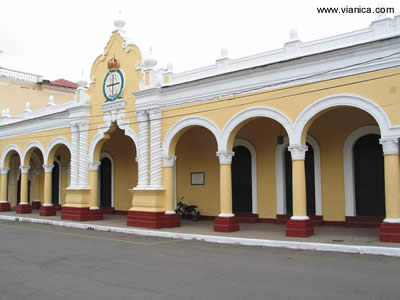 The municipal palace of Granada is located in the center of the city, on the south side of the central park (Parque Colón).

The building was mentioned as being one of the principal buildings in Granada by Morel de Santa Cruz in 1751. The building has undergone renovations and reconstructions before being inaugurated in March 1939 as one of the most representative buildings in the center of Granada.

A coat of arms given by the city of Granada in Spain has been placed on the facade of the building. The building has two stories and inside there are two patios.