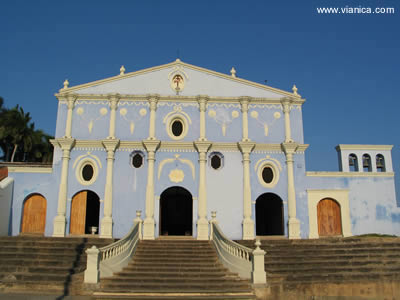 The striking blue San Francisco Church is located only a couple blocks northeast from the central park of Granada. The building was constructed only briefly after the city of Granada was founded. At the beginning the church's walls were made from wood and the roof from straw. This building burned down in 1685, and afterwards it was rebuilt in romantical style and more solidly constructed. The troops of William Walker damaged the building once again during the fire in 1856. In 1885 almost the whole building underwent a transformation, and the last changes were made in 1939. The facade of the building nowadays is neoclassical, and the interior is romantical. The San Francisco Convent is located right next to the church and functions as a museum. Send as an e-card