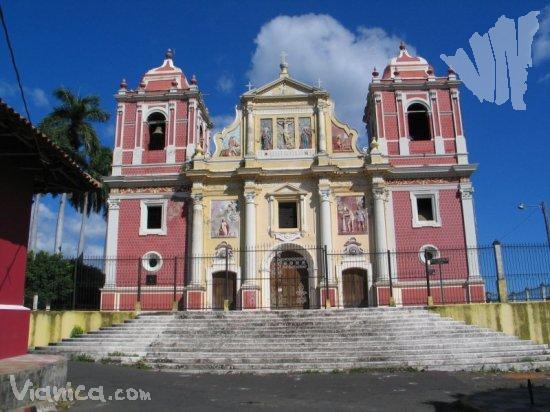 The exact construction date of the Calvario church is not known, but it was somewhere in the first half of the 18th century. At the end of the 19th century one of the towers of the church was in a very bad shape, and it was therefore reconstructed at the beginning of the 20th century, still conserving its original appearance. The church was built in a very symmetric way, concerning the exterior, the structure, and even the location. The facade of the building is extraordinary. It has bright colors and despite its neoclassical style some baroque elements were added in the decoration. The Calvario church is without doubt one of the best looking churches in León, if not in Nicaragua. The church is located about four blocks east from the central park, at the end of the street called Calle Real. It's also possible to send this picture as an e-card.