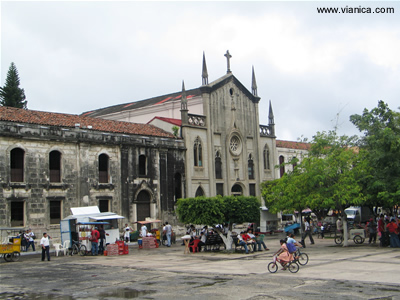 School and Chapel of Asunción

The joined facades of the school and the chapel of Asunción together take up the whole southern side of the central park of León. The original building was constructed in 1679 and used as episcopal palace. In 1892 it was donated to the nuns from the Asunción School. The building was partly destroyed in 1935, and when it was rebuilt the chapel was constructed in its current form.

The school and the chapel are two annexed buildings forming one property with two different styles. The school, on the left side, mainly demonstrates a neoclassical style. The chapel has a semi-Gothic facade, divided in three different parts. Only one nave is present in the interior of the building.