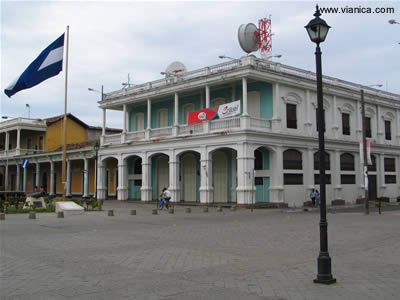 This building is located on the western corner of a plaza called the Plaza de Los Leones, very close to the central park of Granada.

At the beginning of the 19th century this property belonged to Narciso Espinoza, son of councilor Juan Espinoza. During the national war, the house was used as stable. Later the house received its second floor by constructor Salvador Jiménez.

North-American colonial influences can be seen in the arcs and columns of the building.