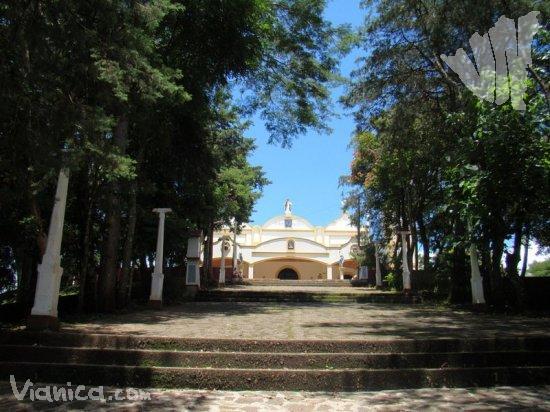 Built on the Cerro de Tierra Colorada, the Tepeyac Retreat Center is guarded by religious images placed on both sides of 36 stairs, which lead to the entrance of the main building. From there, one can enjoy panoramic views of the city of San Rafael del Norte and the surrounding mountains.

The establishment, which began its construction in 1976 as an inniciative of the Italian priest Odorico D'Andrea, who lived in the city and developed humanitarian projects, is surrounded by lots of trees and includes, in addition to the retreat house, a dinning room area, a kitchen, 36 rooms and private parking.

National and foreigner tourists are allowed to visit the place on a daily basis, from 7:00 am to 5:00 pm, except when the place is rented for religious meetings. One can take photos of the city, sit on the benches or make a small tour around the establishment. If a tourist is interested in participating in one of these encounters, it is necessary to contact religious institutions from Matagalpa and Jinotega, since they are in charge of the arrangements.

An interesting fact is that the center also houses the tomb of father Odorico (March 22th, 1990), who is a very loved and respected by the locals, since he developed humanitarian projects in the area. The Tepeyac Retreat Center is one of them.

Holly Week is probably the best time to visit this city, due to the fact that thousands of catholics meet at Tepeyac and use the 36 stairs to recreate the viacrusis and its 12 stations. Hence, this is one of the most renowned religious expressions of San Rafael del Norte.