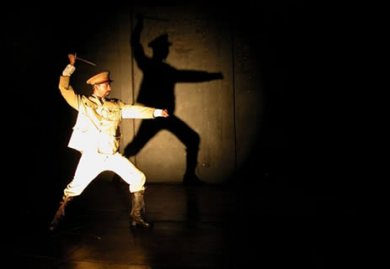 An option to appreciate artistic presentations in Managua is the theater Justo Rufino Garay. This alternative theater is air conditioned and has space for 150 spectators. It has a small stage equipped with special effect instruments and lighting. In this theater, both national and international artists have performed, including not only professionals but also amateurs.

The theater is part of a cultural project, which includes a theater school and the professional group of theater Justo Rufino Garay, which has 25 years of artistic history.

This project took the name of Justo Rufino Garay in honor to a Sandinista combatant. During the revolutionary war, he used the national theater as a fighting instrument. He died two months before the war was won in July of 1979.

Every week there is a presentation of alternative cinema called 'Wednesday of Alternative Cinema' with classical, alternative, and international films. You can find information about weekly presentations in our Weekly Calendar.

An important event presented annually is the 'International Theater Festival', which will take place from September 2nd to September 10th. In this festival there will be artists from different countries.

The Theater Justo Rufino Garay is locates next to the park Las Palmas in Managua.

The theater is located in a neighborhood called "El Carmen", and in front of the park of the same name. You can get there by bus, taxi or with your own car. The address is: From the Montoya Statue, 3 blocks West, 15 meters North.