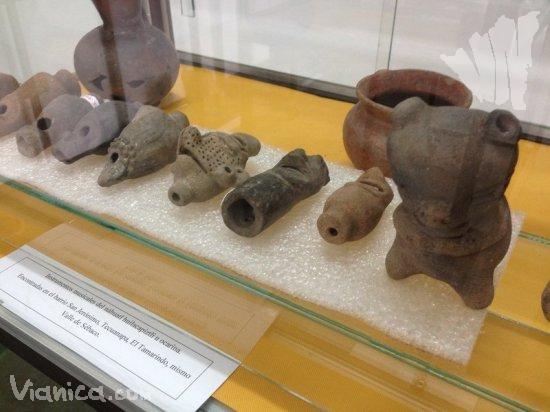 The Cihuacoatl archaeology and history museum offers an interesting view on Sebaco's region pre-Hispanic settlements, though a collection of ceramics, statuary, stone objects and glyphs.

Here you can also appreciate a section devoted to numismatics (national and foreigners coins and notes); philately (postal stamp collection); an exposition of prominent people tableau: presidents, heroes, founding fathers, martyrs, among others. The section include ancient documents that evidence the Sebaco's people situation during 300 years (National War, Constitution War, uprising and the population relocation to Nuevo Sebaco de Asuncion in 1833).

Located in a small but well maintained building 3 blocks North from the Alcaldía Municipal (town hall), the museum was founded on March 15, 2014. It was named after the Mesoamerican goddess Cihuacoatl (Cihua = woman and Coatl = serpent, in nahuatl). From that name also derives “Sebaco”, wich was transformed during the Spanish conquest and colony.

The museum is in the North part of the town, 3 blocks North from the town hall (Alcaldía Municipal). You can get to Sebaco through the Pan-American Highway, which goes through the town. All public transportation bus travelling to and from the North using this highway (road) will passes by Sebaco.