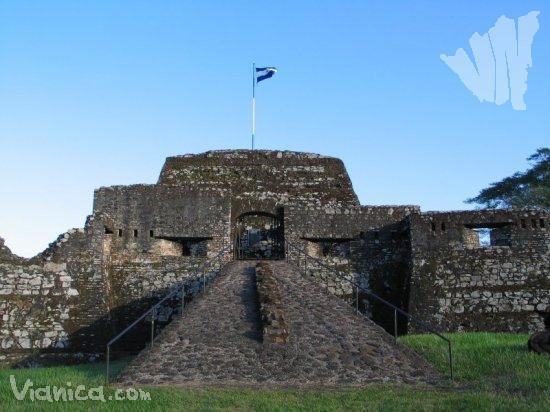 Built in 1672 to protect colonial Nicaragua from the attack of foreign enemies, the Fortress of the Immaculate Conception is located in the town of El Castillo. This Spanish military building, strategically located on the top of a hill, is part of the fortifications system that were built in the 18th century along the Central American isthmus. The main purpose of the Immaculate was to stop foreign invaders and rebelious tribes from reaching the city of Granada, which is well connected with the river through Lake Cocibolca.

The fortress was attacked on multiple ocassions during the 18th century by British and their miskitos and zambos allies, but the major ones were held on 1762 and 1780. The first attack was the result of an expedition that sailed from Jamaica. It was then when the 19-year-old Rafaela Herrera, who was the daugther of a deceased capitan of the Spanish troop that was in charge of protecting the area, shot several shots against the British. Despite the fact that it was a successful defense, the fortess was finally taken by the British in 1780, and was abandoned by them on the following year.

Nowadays, national tourists and foreigners, as well as college and highschool students can visit the fortress. A few steps away from the entrance, one can find a small museum displaying information about the active and bloody history of the town of El Castillo, in addition to data about the construction of the fortress and the unfinished plans to build a canal on the San Juan River.

The small (in comparison to others), yet imposing fortress is located a couple of meters away from the museum. After passing a ramp, it is possible to walk through the building and its many passages, which are located on both sides. There is a wide, beautiful view of the river, the powerful El Diablo rapid and the surrounding jungles on the other side of the fortress.

When the fortress was built, its spaces where used for multiple purposes. For example, the buiding has three barracks, a chapel, an armory, a powder area, several towers, a prision and many bulwarks. In the past, the interiors of the fortress became a two level exhibition room, but its objects and information panels were later moved to a new museum, in order to guarantee the preservation of them.