There are many examples of the strong cultural expression in Nicaragua, and an important one is found in the creative, traditional Nicaraguan costumes. Most of these dresses originated at different regions in the country at some time in the past (a few are more recent), where they were used during celebrative dances.

Some of these dances are still performed nowadays whereas others have disappeared from their original site of origin. Fortunately, however, most of these dances have been rescued from complete disappearance by artists who continued to perform these dances in the folkloric festivities.

These traditional costumes were created throughout the country and they are a valuable illustration of regional traditions that helped shape Nicaragua’s festive and colorful side. We at ViaNica.com have tried to show our visitors a selection of the folkloric Nicaraguan costumes. This section will be expanding over time, as we continue to interview ballet professionals and as we visit more and more regional festivities where the traditional costumes are used in dances. 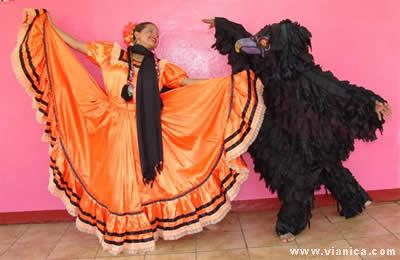 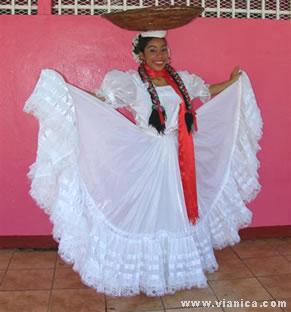 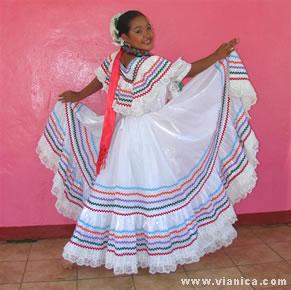 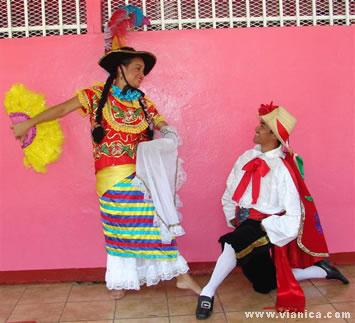 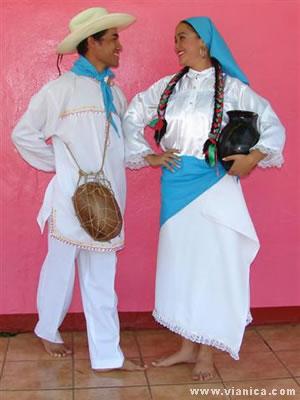 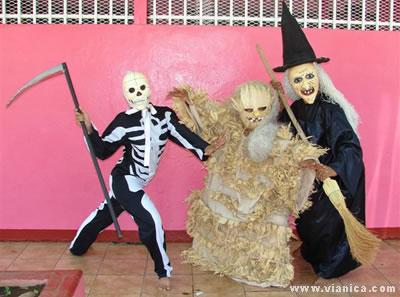 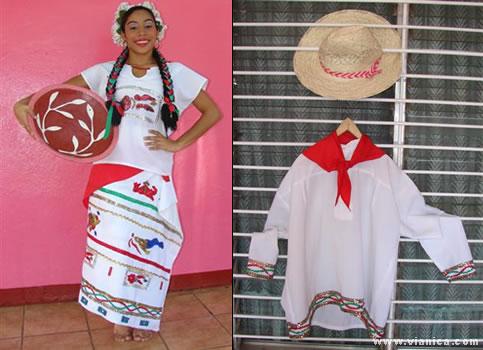 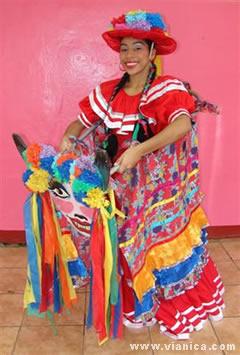 The information above was gathered during an interview with Haydée Palacios, founder and director of the Folkloric Haydée Palacios Ballet. This organization, founded in 1970, is dedicated to the investigation and interpretation of folkloric ballets in Nicaragua. The Folkloric Haydée Palacios Ballet has represented Nicaragua and Central America during international festivities and the ballet has obtained national and international recognition for its work. The group consists of 50 dancers, and some of them have posed for the photos used in this special.