The city of Granada is mostly known for its tourist interest due to its history and architecture. However, the city has also been characterized by its cultural profile which transformed Granada into the host city for the International Poetry Festival since 2005. This event is a celebration of poetry and culture with poets from all over the world participating, and it is currently the largest poetry event in Nicaragua and Central America.

Every year a large number of prestigious poets are invited to the city to participate in the Festival, which was first initiated by the Civil Society group. Internationally recognized poets travel to Granada – a city which might be declared Cultural and Natural Patrimony of Humanity by the UNESCO, an initiative supported by poets of the previous festivals – to recite poems and participate in this cultural event. 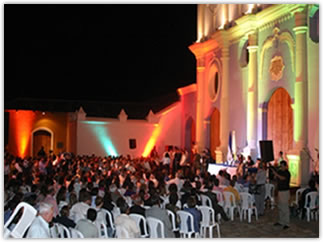 Forecourt of the San Francisco Convent,
one of the settings of the poetry festival.
Foto: Rodrigo Castillo S.

The colonial city of Granada was founded in 1524 by Francisco Hernández de Córdoba, just like the city of León. Granada, however, is still located on its original location contrary to the city of León. As a result of its strategic position on the shore of Lake Nicaragua (or Cocibolca) the city was seen as a great place for trade and commerce, and Granada even enjoyed significant political power when it alternated as capital city with León in the first years of the post-colonial Nicaragua. On the other hand, the same qualities made Granada an attractive target for English pirate invasions, entering from the San Juan River. The city was plundered repeatedly during the civil wars and in the year 1856 it was burned down by the U.S. filibuster William Walker.

For this fascinating historical background Granada turned out to be the best location for the poetry festival, offering not only inspiring architecture but also a setting that allows the event to take place inside the colonial buildings as well as outside on the spacious streets, plazas, churches, study centers, and markets – all attractive places where poets, spectator, listeners, inhabitants, and tourists can gather. 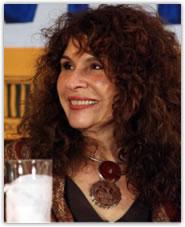 The Vanguardia was a literary movement that started in Granada between 1927 and 1929, led by poet and maestro José Coronel Urtecho. One of his objectives, according to literary manifests published in 1931, was to “initiate a struggle to get the public attention through artistic expressions, intellectual scandal, and aggressive criticism”. Nowadays, a lot of the locations where the poetry festival takes place are the same places that were used by some of the poets of the movement to organize their meetings. One of these locations is the tower of the La Merced Church, where members like Joaquín Pasos, Octavio Rocha, Alberto Ordóñez, Luís Alberto Cabrales, Manolo Cuadra and Pablo Antonio Cuadra used to meet. This year (2007), the poetry festival is dedicated to this last poet, Pablo Antonio Cuadra.

Currently, all earlier festivals that have taken place were also dedicated to poets from Granada who formed part of this literary movement. Just like previous celebrations this year's festival attempts to recuperate and strengthen the national traditions.

This intention is clearly displayed during the celebration of the traditional “Poetic Carnival”, which is a symbolic burial of the ignorance, the intolerance, and the indifference – an event accompanied by parades of almost all of the characters of Nicaraguan folklore. 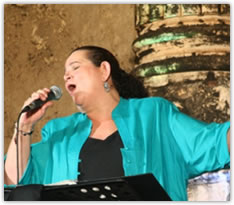 The festival is a celebration that gives room to undertake more activities than just reciting poems, including the presentation of concerts of Nicaraguan and foreign singers, art expositions, carnivals, theatrical shows, and debates to discuss themes related to poetry.

This year the festival will take place between February 6 – 10 and the locations include the forecourts of the La Merced and San Francisco churches, the San Francisco Convent, the Plaza de Independencia, Plaza de los Leones, Casa de los Leones, Parque de la Poesía, and other plazas, markets, schools, and universities in Granada. There will also be activities in other municipalities close to the city like Niquinohomo, Diriá, Nandaime, Diriomo, Masaya, Catarina, San Juan de Oriente, Masatepe, San Marcos and Diriamba – all of these towns also offer their culture, gastronomy, and the cordiality of its inhabitants.

This is the third consecutive year that the International Poetry Festival takes place. This new tradition started as an initiative to expose the Nicaraguan poetic expressions on an international level, exchanging experiences with international poets. 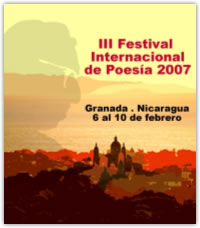 In 2005 the tradition paid homage to the poet Joaquín Pasos (1914-1947) while also commemorating the 80th birthday of the poet Ernesto Cardenal (1925). A total of 90 poets participated in this first event, hauling from 25 different countries, in addition to the Nicaraguan poets residing in and outside Nicaragua.

The second edition that took place in 2006 was organized in honor of José Coronel Urtecho as it was a century ago that this poet was born. Additionally, the 80th birthday of the Nicaraguan-Salvadorian poet Claribel Alegría was also celebrated. On this occasion there were poets from 35 different countries, but the total number of participants remained the same.

This third edition of the festival is organized in honor of the poet, writer, playwright, critic, and ideologist Pablo Antonio Cuadra, who is considered the principal impeller of the search for the identity of the Nicaraguan people. The Romanian critic Stefan Baciú referred to this poet as someone with human nobleness and a humble heart.

Be sure to visit the city of Granada or the neighboring towns during the days of the event to get in contact with the most well-known poetic talents of Nicaragua and the foreign participants during this festival of cultural expressions, music, and dance; a great chance to admire the other side of poetry.

A total of 153 poets from 43 countries will participate in this year’s event:

The fourth edition of the Poetry Festival is planned to take place between February 11-17, 2008. It will be dedicated to the poet Salomón de la Selva. The provisional invitee list and program can be downloaded below. 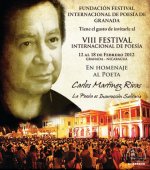 We would like to thank the poets Francisco Ruíz Udiel and Mario Urtecho for their collaboration in creating this Special.