The background of the Nicaraguan people as well as the Nicaraguan culture consists of an interesting ethnical and racial mixture. This has been like this since the pre-Columbian times in this region. Nowadays, you can encounter ‘Nicas’ with a brown, white, or black skin; with dark, light brown, green, or blue eyes; with fuzzy, wavy, or smooth hair, ranging in color from dark to light. During the month of October the Day of the Races is celebrated, and in this Special we will discuss the different races and ethnical groups that have existed and that nowadays exist in Nicaragua.

As an ethnical group the Nicaraguan population is considered to be ‘mestizo’, a mix between Spanish and indigenous people. The major part of the population belongs to this group (more than 80% according to official estimates). The Nicaraguans (also called Nicas) are mestizos, but this mix goes beyond the average definition, due to the fact that the territory has been inhibited by groups of people related to three of the four basic racial groups. According to research, the area was inhabited by Mongoloids, Negroids, and Caucasians.

Just as the rest of the continent, the Nicaraguan territory was originally populated and visited by so called Amerindian tribes (Mongoloids). The Acahualinca footprints reveal human presence six thousand years ago. However, the most precise scientific information that has been obtained proves human presence for only little over one thousand years. 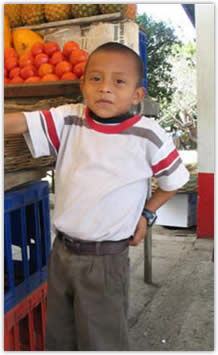 Studies reveal that during the tenth century Nicaragua was plentifully populated by tribes belonging to Chibchas (an ample and divided group of South American people belonging to the ‘Atlanto-tropical’ race). The central and Pacific areas were inhabited by the Matagalpas, but they were displaced by invaders who came from the north. However, the Matagalpas were able to conserve part of their territory in the mountains in the northern and central part of the country (nowadays the ‘Segovias’ area in Nicaragua).

The invaders were the Chorotegas, who had a Mayan influence and racially they were Mesoamericans. They appear to have traveled from the southern part of Mexico and they arrived at the Pacific side of Nicaragua around the year 900 AD. Their culture was different and their presence extended along the borders of the Pacific Ocean, where they prevailed, settled in small villages, for about 300 years.

Around the year 1200 AD another invasion took place. Again they were Mesoamericans. This time from Nahua origin, related to the Aztecs. Their migration to the south was caused by the destruction of the Nahua empire in Tula by the northern Chichimecas. They arrived in Nicaragua and they expelled the Chorotegas from the Rivas isthmus, where they settled and started identifying themselves as the ‘Nicaraos’. They also established villages in the departments of Carazo and Masaya.

Later, the Subtiabas or Maribios arrived, who were Nahuas as well. They occupied a small territory in the central part of the Pacific region, locked in between the territories of the Chorotegas and the Nicaraos.

In the impenetrable forests of the Caribbean region the Sumos or Mayangnas, the Ramas, and the Miskitos (all from Chibchas origin) resided. The majority of them were nomad tribes, but they settled in communities along the shores of rivers and the ocean. 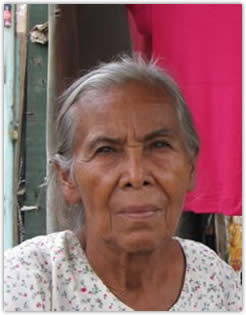 The Caucasian Europeans were the second basic racial group arriving at Nicaragua (the Spanish set foot on Nicaraguan soil during the fifteenth century). Although Columbus visited the Caribbean Coast during one of his exploring voyages, it was not until the beginning of the 1500s that the first conquerors arrived at the Pacific zone.

The Spanish came from the south, and when entering the territory they were greeted by friendly Nicaraos who gave them treasures. The Spanish started to explore the region and at several sites they were received with much hostility. However, in 1524 the cities of Granada and León were founded, at the shores of the two big lakes, and the Spanish started populating all of the Pacific and central region.

The colonizers installed their cities and villages close to the indigenous centers, from where they got their manpower. However, they needed a stronger and more obedient workforce and consequently the third basic racial group arrived at Nicaraguan territory: the Negroids.

In the Pacific side, according to a theory, the landowners had different quarters at their farms: one housing indigenous people, the other one housing the Negroid people. With the racial mix, the third racial group disappeared due to the fact being a minority in the area. Only genetic traces were left by the Negroids. The Caribbean area, however, was never colonized by the Spanish and here something else took place.

According to historical data, a Portuguese ship transporting slaves from the Golf of Guinea in Africa suffered a riot and stranded at the Caribbean coast of Nicaragua. Hundreds of Negroids arrived at the coast where they were received and accepted by the indigenous Miskitos, with whom they mixed.

In this region English cities were established and the English joined the Miskito mixture. However, the major part of the British population moved to Jamaica when this territory was annexed to the Nicaraguan Republic. But the English did bring Negroid slaves to the area, who over time shaped the Creole communities throughout the region. 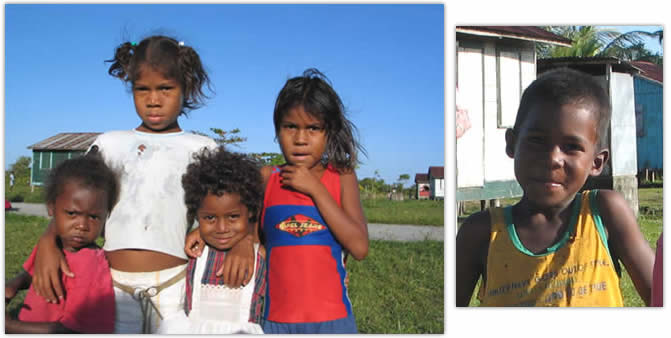 Another mix between the Negroids and the Amerindians occurred at the Antillean island of San Vicente, where the Garífunas settled. The English took over the island and before local resistance they transported the Garífunas to the British territories at the Caribbean Honduran coast. From there, some groups moved and settled at the Nicaraguan Miskito territory, forming small villages.

During the birth of the independence of Nicaragua, the mountains in the north – once the territory of the Indian Matagalpas – were scarcely populated by Mestizos. At the beginning of the twentieth century groups of Germans started to arrive at this region, starting the coffee production and contributing other genetic characteristics to the population.

Currently, after more than 500 years of mixing, the Mestizos form the major part of the population at almost all of Nicaragua’s territory. With only a few exceptions it is impossible to say whether or not a white-skinned person has some indigenous genes, or whether or not someone apparently indigenous has any European genes. Negroid genes could be present as well.

Due to this mixture, there is no official recognition of the ancient Nahua, Chorotega, Subtiaba, or Matagalpa ethnical groups, who have inhabited the Pacific area and the center of Nicaragua. Linguistically, the Chorotegan, Nauhuan y Matagalpan languages have disappeared since several generations.

However, there still is a part of the population that identifies itself as indigenous. At the Caribbean side there are still communities of Sumos or Mayangnas, Ramas, and Miskitos or Garífunas who can clearly be identified thanks to their culture and their language. These distinct characteristics, however, are on their way to extinction as a result of a cultural and demographic invasion of the area combined with a Mestizo government. In defense of their rights, the coastal populations have fought political battles and they won their autonomy less than 30 years ago.

At this moment, several international organizations recognize that 3% of the Nicaraguan population still speaks an indigenous language (the Misquitos, Sumos, and Ramas). However, besides by the Spanish language the indigenous languages have also been threatened by the English Creole that it spoken massively throughout the region.

Day of the Races

On October 12th the Hispanic Day or Day of the Races (Día de la Hispanidad or Día de la Raza) is celebrated, commemorating the arrival of the Spanish in 1492 and the encounter of the two worlds. These celebrations are heavily criticized by proclaimed indigenous groups, and by people who consider the Hispanic colonization of Nicaragua (and the rest of the Americas) a negative development.

However, this day is officially celebrated in Nicaragua. Below follows an overview of some of the activities.

In all the schools throughout the country a celebration takes place that includes painting murals, organizing fairs with typical food, and the election of the “Beautiful Indian” (India Bonita) between candidates from every grade.

Since the 90s, the Ministry of Education organizes the election of the “Hispanic Queen” (Reina de la Hispanidad). The election takes places at schools; first at municipal level, later at departmental level, and finally at national level.

An interesting event takes place every October 9th at 9 AM, when the final elections of the “Hispanic Queen” contest are held. The winning candidates from every department gather and in front of a jury they give a presentation. The presentations can include dances or plays of historical events. The ‘queens’ must be dressed in typical costumes, or in clothes made from typical materials. It is interesting to see the diversity of the presentations as well as the enthusiasm of the crowds that support their candidates. The election is held at the auditorium of the Ministry of Education, and it is open for the public.

On October 12th, the same show is given at the cathedral of Managua at 9AM, followed by a central act with participation of the Minister of Education and the Ambassador of Spain. Afterwards, a gastronomical fair is organized around the cathedral which can be attended by anybody. With this fair, the festivities come to an end.