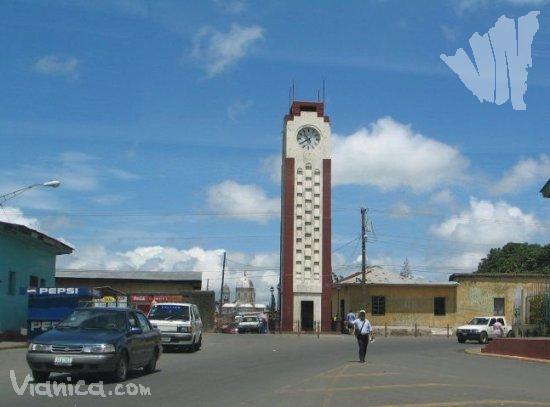 Diriamba has diverse attractions. In addition to the neocolonial center of its urban area, the city also has restaurants, all kinds of hotels, a museum and a football stadium. Furthermore, Diriamba is the headquarters of interesting cultural manifestations that can be seen mostly during its religious festivities. Tourists will also find beaches on the Pacific coast, in addition to waterfalls and natural reserves.

Diriamba is the second largest city in Carazo. The Basilica of Saint Sebastian, which stores several antique objects, stands out within the central park of this urban area. Its streets show visitors the pretty facades of the houses and buildings, in addition to the iconic clock tower, famous for being a reference point for everyone in town.

An interesting site is the Dry Forest Ecological Museum. Here, visitors will find abundant information about the local flora and fauna. Another destination is the municipal football stadium, which functions as the headquarters of the football team 'Caciques de Diriangén', national league's champion on multiple times. Moreover, the House of Cultur features many performances and art workshops.

Diriamba is also home to important manifestations of the Nicaraguan folklore. The religious festivities of the city, which are held from January 17th to 27th in honor of Saint Sebastian, are the perfect time to see them. The main dates happen to be the 19th and 20th, which is when visitors see the traditional dances of El Toro Huaco, El Viejo y la Vieja, Las Inditas, El Gigante and the renowned comedy-dance El Güegüense. The last one was declared Intangible Heritage of Humanity by UNESCO back in 2000.

The municipality also has a wide rural zone, constituted by 60 villages. There are a lot of coffee plantations, farms and sites where tourists can observe nature. Such places are the La Maquina Ecotourism Center and the 'Salto de la Culebra', with its multiple ponds and waterfalls. La Boquita and Casares are another attraction in Diriamba. Tourists can get to both destinations very easily, by taking a road that leaves from the city center (30 kilometers). The first one, a sandy beach with rock formations, features multiple restaurants, bars and hotels. Casares is located right next to it and also has rock zones and various summer private houses in front of the coast. It is also possible to by fresh products from the fishermen of the area.

Because the urban area of Diriamba is crossed by the Panamerican highway, it is very easy to get here either by private or public transportation. The city is located 42 kilometers away from Managua. If you take the Carretera Sur, you will be in Diriamba in approximately half and hour. There are daily and frequent buses at the UCA bus station and the Israel Lewitez market.

Diriamba is also connected to Jinotepe and some others cities of the department of Masaya. You can also take buses, taxis or 'moto-taxis' to the beaches and other rural attractions of this municipality.