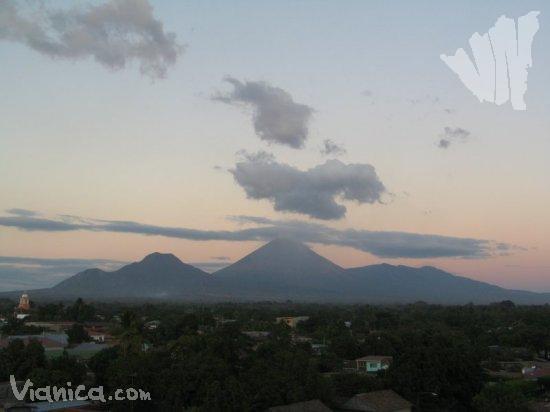 The dynamic city of Chinadega is the center of this municipality of hot weather, where the imposing volcanoes of the Cordillera de los Maribios contrasts with a broad plain. The urban area, where one can find several tourist companies, is a good spot to explore the department or visit the nearby volcanoes. The city of Chinandega is the capitol of the department of the same name.

Chinandega's location - between the main seaport of the Pacific side of the country, an important border in the North and the rest of the country on both sides - allowed this municipality to have a significant development. Its urban area has neocolonial buildings surrounded by neighborhoods with a much modern architectural style. There are several hotels, restaurants, touroperators, guides, bars and clubs.

The municipality celebrates its traditional festivities in honor of Santa Ana, from July 10th to 26th, and include parties at night, equestrian parades, massive religious processions with traditional dances like 'Los Mantudos'. Other interesting festivities are the ones held on May 17th, which are dedicated to San Roque and have the cultural manifestations.

Outside the urban area, one can visit and hike the volcanoes of the 'Cordillera de Los Maribios': Chongo, Casitas and San Cristóbal Volcano. The last one is the highest of the country (1,745 meters). Tourists can find guides and transportation in the city of Chinandega by asking at hotels, touroperator offices or at the delegation of the Nicaraguan Institute of Tourism (INTUR).

The city of Chinandega is connected to the rest of the cities of the Pacific by an international highway in excellent state. When in Managua, you should get to Leon first. From there, you have to take the exit to Telica and continue to Chinandega (there are signs). Managua is located 134 kilometers from it and León is 30 kilometers away (half an hour in private transportation).

Public transportation is frequent. There are direct buses leaving from Managua at the Israel Lewites Market, direct connections in 'La Terminal' (León) and also in the city of El Viejo. Chinandega is well connected with the border of El Guasaule, with daily frequent buses.