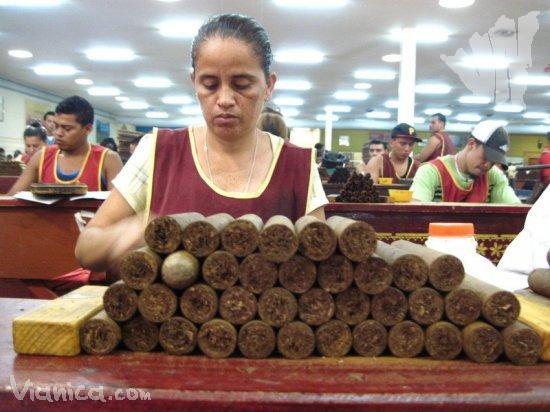 The municipality of Estelí is an important commerce center and an obligatory route when traveling to the departments of Nueva Segovia and Madriz. Its urban area, where visitors will find a nice wide park with lots of trees and a Neoclassical cathedral, is also an archaeological and paleontological site. Estelí also has three natural reserves, renowned tobacco companies, art centers and a history marked by the revolution of 1979.

According to historians, the name of Esteli derives from the nahuatl word "ulua", which means "obsidian river". Nonetheless, it is also interpreted as a derivation of the Matagalpa word "Lí" (river) and the Nahuatl "Eztli" (sangre), meaning "river of blood" or "colored water river". In either case, the city of Esteli, which location has changed three times, is now a dynamic business center and the main entrance to 'Las Segovias', situated in Northern Nicaragua.

The infrastructure of the city is practically recent due to the multiple bombings that took place in 1979, ordered by the dictator Anastacio Somoza, and the subsequent development of the city itself. The urban center features a wide Central Park, where the Neoclassic Cathedral of 'Nuestra Señora del Rosario' is also located.

Esteli is also known for being a good spot for tobacco plantations. Tourists can visit cigar factories and observe part of its fabrication process. The Leonel Rugama Culture House is also worth a visit. This a space where paintings, music, dance, theater, drawings and crafts workshops are given. Another option is to visit the Casa Estelí, where visitors learn about handicrafts, traditions and dances of 'Las Segovias'.

The city has several hotels, restaurants, bars and tourists guides offering tours around the area. Furthermore, the Estelimar Science Park is an interesting spot where one can get information about the geology of this municipality and its diverse agricultural production.

Despite the fact that Esteli has three natural reserves that were declared protected areas, just one of them has developed rural tourism activities and options. The Miraflor Natural Reserve, located 30 kilometers away from the city, has unique flora and fauna (orchids are the main attraction). The reserve also has three types of weathers (dry, intermediate and humid), as well as nine communities living from agriculture and providing basic lodging options, as well as activities such as hikes and horseback rides.

The main access to this city is the Pan American Highway, which starts in 'Carretera Norte' (Managua). After reaching the joint of Sébaco, which leads you directly to this city.

There are direct buses to Estelí at the Mayoreo Market (Managua). You can also find buses to the cities of León, Managua and Jinotega in Estelí.