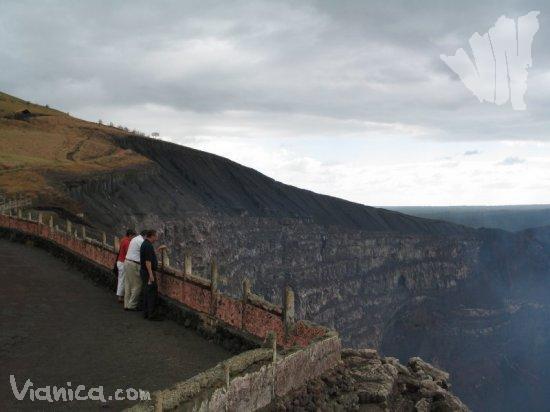 The major attraction of this municipality is the monumental Masaya Volcano National Park, which is a large preserved area with three craters and its own ecosystem. The urban center is the city of Nindiri, where tourists will find old buildings, and interesting museum with pre-Columbian pieces and fossils.

The Masaya Volcano National Park can be reached when traveling from the city of Managua to Masaya. There is a paved road that goes to one of its craters and through the majority of this spectacular natural reserve. The land is quite arid, filled with volcanic rocks and a widespread forest with many wild animals. Furthermore, visitors can see the edge of the craters, one of which is active and always emanating smoke.

The city of Nindirí is located alongside the road, right in front of the Masaya Lagoon, which is adjacent to the volcano park. The city is quiet and peaceful in its center is the ancient Church of Santa Ana, built in colonial times. The festivities take place from 24 to 28 July in honor of the patron saint and Santiago. During the holidays you can see some colorful traditional dances.

In the historic city center is also a small museum with pre-Columbian pieces. There are several pre-Columbian artifacts found in this area, which was the seat of an ancient indigenous culture. There are vases, urns, plates, jars, grinding stones, masks and idols. There are also antique pieces and rifles, and some animal fossils. Another ethnographic museum is located next to the main road (Managua-Masaya)

In another area of the city, between the Managua - Masaya and Laguna de Masaya, there are areas of restaurants, bars and hotels. Many of them have extensive views towards the lagoon and the volcano.

Nindiri is located in the Km 26 of the Managua - Masaya highway. If you are coming from Managua, you will find many entrances (on the left side of the road) to the center of this city. Masaya is three kilometers away and connected by daily frequent buses.

When in Managua, you can take public transportation at the UCA bus station or at the Roberto Huembes Market. The city can also be reached by buses heading to Granada and Rivas.