Nicaragua is known as a country of political instability, wars, and revolution. The dictatorship of the Somoza family in the first half of the 20th century, the revolution of the Sandinstas and the war against the Contras, which were funded by the US, helped establishing this image. Fortunately, these days are over.

Although the bad reputation prevails, Nicaragua nowadays profiles itself as one of the least dangerous countries of Latin America. Poverty is still striking and the country does not have a tourism sector that is as well developed as in its neighboring countries. Nicaragua's unexploited side, on the other hand, allows tourists to relax on quiet beaches and approach wildlife without tumbling over other tourists.

Managua, Nicaragua's capital city, is equipped with all modern facilities. Cinemas, shopping malls, and high class hotels can be found in the capital. In colonial cities like León or Granada you can still find ancient, colorful houses, charming little streets, and lively plazas. Two small islands in the Atlantic Ocean - the Corn Islands - offer everything for a pleasant Caribbean vacation: white beaches, tropical blue waters, and magnificent coral reefs. Every traveler can find his favorite place in Nicaragua! 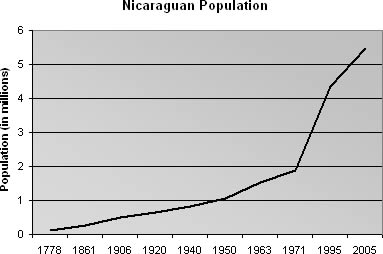