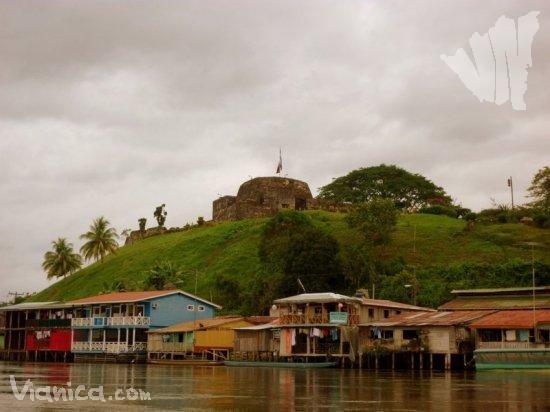 The name of this municipality is related to the historic fortress of El Castillo de la Inmaculada Concepción, located in a quiet little river town. Another important urban center is the town of Boca de Sábalo, which functions as the capitol. Nature is a major local attraction. There are rivers, private reserves and the immense Indio-Maiz Biosphere Reserve, part of the territory of El Castillo.

The city of San Carlos is two hours away from the area of Boca de Sábalos when traveling on a boat. This is the area where the San Juan River meets the Sabalos River, and the place where the town of the same name is located. Sabalos is mainly rural, but has interesting sites like private reserves, farms and rarely know hot springs. There are a couple of simple hostels in the area, as well as three comfortable hotels. One of them is located on the mouth of the river and the other two down the San Juan River.

The historical town of El Castillo is named after the old Spanish fortress that was built to protect the country from invaders and pirates. The fortress, which complete name is 'Castillo de la Inmaculada Concepción de María', was the witness of fierce won and lost battles. The interior is a good spot to see the river and its surroundings, in addition to observe the architecture of this military building. Nowadays, there is an interesting museum close to the entrance of it.

The picturesque town of El Castillo surrounds the fortress. Although it does not have streets, just small paths, the place has several hotels, hostels, restaurants, eateries, a cibercafe and a butterfly reserve. Here, one can arrange horseback rides, boat tours and other activities. Also, there are a couple of natural private reserves near the urban area.

Six kilometers away from this town, traveling down the San Juan River, visitors will find the enormous Indio-Maiz Biosphere Reserve, which preserves its tropical jungle inhabited by a diversity of plants, trees, mammals, reptiles, birds, insects and much more. It is possible to arrange tours at El Castillo and go through the jungle and different trails. The reserve starts where the Bartola River and the San Juan River meet. On the other corner of the river lies the Bartola Natural Reserve, where there is a rustic hotel with a good service.

To get to both towns, you should take the daily frequent boats to El Castillo at the city of San Carlos. There are local buses to Sábalos, which can be taken at the bus station of San Carlos.