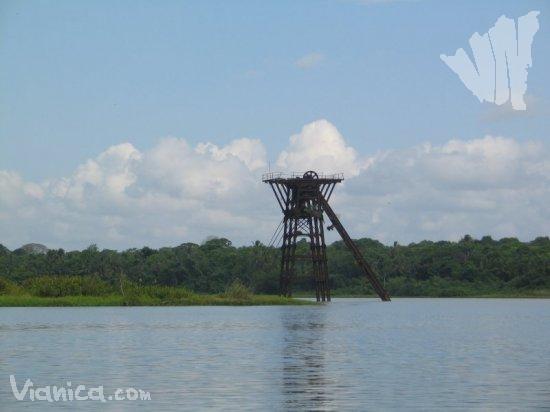 This remote municipality has several natural attractions and interesting historic sites. Its roads are the rivers and streams of the area, which lead to the jungle and various lagoons. The urban are is the small town of San Juan del Norte (also called San Juan de Nicaragua), where several ethnic communities live. Despite its size, visitors will find hotels, restaurants and tourist guides in the area. The ruins of Greytown, the outlet of the San Juan River in the Caribbean Sea and the exuberant Indio - Maiz Biosphere Reserve.

Despite its remote location and lack of development, the town of San Juan del Norte offers various activities and trips that are useful to discover the area. Visit the historical sites is one of the most interesting. The only drag was left of the incomplete construction of inter-oceanic canal in past centuries, can be seen in the bay of the same name, and the narrow channel that may have been the beginning of an inter-oceanic route. These two memories of the past can be seen on the road to the ruins of Greytown, just ten minutes by boat from San Juan del Norte. What remains of this ancient city are only four cemeteries with graves of British, Spanish, American and people of various nationalities, including a consul of the German Empire in the late nineteenth century.

A boat ride of five minutes in the opposite direction leads to another attraction: the Blue Lagoon. The warm water may not be so blue, but this small lagoon surrounded by palm trees and other vegetation, is a good place to swim and relax.

Another natural attraction can be found closer to the people. Right behind North San Juan begins a beautiful little book, connected to the great Indian - Corn. Small trails lead to the thickness of the forest, where you can see birds, frogs, snakes and even mammals such as deer. You can walk to this area coming from the village.
Even more natural splendor can be found a little further. San Juan del Norte have access to Indian River, which leads directly into the Indio Maiz.

Several lakes within this area are home to a very special animal species: manatees. These fragile and interesting aquatic mammals live in the lakes and rivers that are usually surrounded by virgin forest. From a boat you can see the manatees as they enter the lakes or river you, then you can wait for them to return to the surface. However, there are not many guarantees a sighting, but with a little effort and luck these animals can be seen during a panga ride.

Finally, the various rivers, creeks and the Caribbean offer opportunities for sport fishing.

References in the area

Considering its current size, is very impressive historical value is the area of âSan Juan del Norte and its surroundings. Not long ago, when the Spanish conquistadors established their colony in Nicaragua, founded a small town near the mouth of the river San Juan. The Spanish called it San Juan del Norte, name given because of its location in the 'North Sea', which is named as the Caribbean Sea off the coast of Nicaragua (obviously their maps had a few errors with respect to the direction of winds), and because its location was an important commercial acividad thanks to the traffic of goods between the colonial cities in the country and the others located in different regions of the vast Caribbean Sea and Spain. In the nineteenth century, the town of San Juan del Norte was attacked by the British, who joined forces with the Miskito Indians living in the area. The British took control of the city then called Greytown, after the then governor of Jamaica, Sir Charles Grey. In the mid-nineteenth century, Greytown became a wealthy city due to port activity and traffic which took place during the gold rush in California. During these years, in the thriving town settled British consulates and commercial buildings such as banks and casinos. Large wooden houses in the English style were aligned along streets and it was here when the idea of âan interoceanic canal became more tangible. Wealthy entrepreneurs like Cornelius Vanderbilt U.S., invested in the creation of a canal that would link the Atlantic to the Pacific more quickly. Using the flow of the river San Juan and Lake Nicaragua, the creation of this canal would have been easier in this area than elsewhere on the continent. Although the San Juan had been used as a normal means of transport, the estuary of this presented certain risks such as changes in the sand banks and floods. Because it was decided that the canal would take place north of the mouth, beginning in the Bay of San Juan del Norte, connecting the river San Juan after a stream.

The strategic importance of Greytown decreased as time passed, and the town gradually deteriorated. But his final destruction occurred when the city became the setting for heavy fighting war between the Contras and the Sandinistas in the 1980s. There was nothing more than a few old cemeteries and ruins. When the people returned in the 90's, decided not to rebuild the city in its original location. They did not want to remember the bloody episode in the war, then built the new town a few miles north of the ruins of the old San Juan del Norte, or Greytown.

Starting with a few families, the village grew to just over 900 people currently living in this remote corner of Nicaragua. The people returned to his original first name: San Juan del Norte, government decrees but a few years ago changed its official name to San Juan de Nicaragua due to border disputes with Costa Rica. The current population consists of a mixture of people, among which include mestizos on the coast of the Pacific, Atlantic Creoles and mestizos and Indians to Rama, who were forced to leave their traditional villages in the forests by the new laws.

Most people in San Juan del Norte live from fishing. The town is not well developed, there are only a few telephone connections and electricity and drinking water are not available throughout the day. No cars, but in the quiet little village you can walk the sidewalks of cement. There are plans to build a small airport in San Juan del Norte, which would greatly improve access. Currently there is a tiny private airstrip that is not used for commercial lines.

The only way to get to San Juan del Norte is by boats. These ones leave twice a week from the city of San Carlos, going through the entire San Juan River. There are also ways to get here by boat when traveling through some cities of the neighboring Costa Rica.