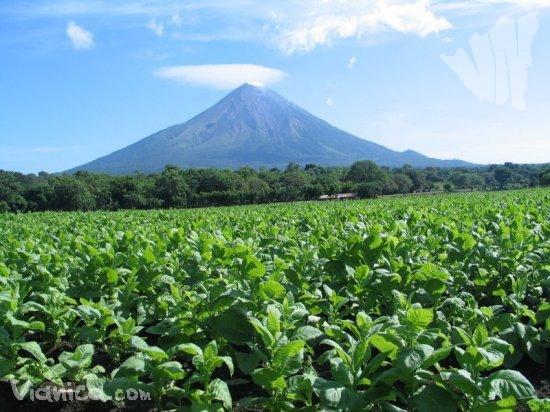 Moyogalpa is one of the oldest towns in Nicaragua and the main entrance to Ometepe Island. Many tourism facilities have been developed here, such as hotels, restaurants, tour operators, bars and even a club. In addition, the territory has impressive natural destinations like the Concepcion Volcano, the Chico Largo Natural Reserve, Punta Jesus Maria and many peaceful beaches like the one in Charco Verde. Its religious festivities are celebrated in honor of Santa Ana on July 23rd.

Moyogalpa, which in Nahuatl means "place of mosquitoes," is one of the oldest aboriginal villages in Nicaragua and the main access to Ometepe Island, recently declared a Biosphere Reserve (2010). The port of San Jorge works as a connecting point for inhabitants of this municipality and thousands of domestic and foreign tourists traveling to the port of Moyogalpa, which is connected by three boats and a ferry that crosses the lake several times a day throughout the week.

When tourists arrive at the port, the first thing they see is the main street of the town, which ends in a small park that also houses a small church. A panoramic view of the Conception Volcano, with its symmetrical cone surrounded by clouds, is one of the many reasons by visiting Ometepe Island is worth the trip.

Although the city is small and has a quiet life, tourists are able to find comfortable accommodations, restaurants serving local food, establishments where cars, bikes and motorbikes can be rented at a suitable price. Bars, pharmacies, cafes and a well equipped health center are also part of this town's services. There's also a small archaeological museum featuring a pottery collection (over 100 years old).

A paved road starts right at the center of Moyogalpa, which is useful if visitors want to go to "Punta Jesus María". This is a narrow dirt path that goes into Lake Nicaragua. It's normal width varies between 20 and 200 meters long, depending on the season. During the summer, however, it can reach a into the lake, which makes it an interesting spot to visit and watch beautiful sunsets. Camping is also possible in this area.

While visiting Moyogalpa, tourists can also arrange a tour to the Volcano Conception (1,610 meters). This is, without doubt, an impressive natural destination located within this municipality. Visitors can hike up to a certain height, always joined by a guide (this is mandatory). One can reach its forest, see and hear howler monkeys and a great variety of birds and insects. But if you're looking for views, this is the volcano to choose.

Moyogalpa has two important activities. One is the Ometepe Tourism Festival, which includes the participation of authorities, tourism businesses and residents of the municipality. If you have the opportunity to attend this event, you might as well witness traditional dances, parties, bike races, and other activities.

There is just one way to get to get here: either on a boat or a ferry. This type of transportation can be taken at the port of San Jorge, located near the city of Rivas, or at the port of Granada.

The first option is actually the fastest to get to Moyogalpa. It only takes an hour to be there. On the contrary, the ferry that leaves from Granada and makes a stopover at Altagracia, located on the Northern area of Ometepe, is only available twice a week and takes longer to get to the island.